Tokyo is a dizzying whirl of activity: you can practically feel it pulse, with the neon signs, the crush of people, and the perfectly punctual, high-speed trains whizzing by. Then there’s a pause, a bit of green and calm on the city’s temple grounds or classical gardens. There’s a varied cultural landscape full of futuristic skyscrapers, those centuries-old temples, sophisticated hotels, and enticing restaurants. There are endless discoveries to be made there, and as you read this guide, the most important question you’ll have to answer is—why wait to go?
​
﻿Step 1: Get out of the airport!
Narita is an awesome airport. If you're here on a long layover, always leave the airport and check out the city!
If you need to stow your stuff away, there are lockers at the airport for about 500 yen/day for the large luggage lockers:
Terminal 1: 1st (arrivals) and 4th floor (departures)
Terminal 2: 3rd floor

With the lockers you can stop for 2 or 3 hours in a town, take a tour and then continue your journey on the next train. Most of the major stations have quite large lockers (sometimes in limited numbers however). It is easier to fit in 2 medium-sized bags than a large suitcase.

DON'T TAKE THE TAXI!! - it's not only too expensive, but it's also too slow.
And don't rent a car, unless you need to drive to the mountains to check out the illegal racing scene.

The Japanese way. Go to the bottom floor of the airport for the Railway (there are plenty of signs).
Skyliner (Keisei Electric Railway) to Nippori and Ueno Stations, under 45 minutes, ¥2,400
Narita Express (East Japan Railway Company) to Tokyo Station, Shibuya, Shinjuku, Yokohama, 55 minutes and ¥2,940

If you need to get from one airport to the other,
Airport Limousine Buses connect Haneda Airport with Narita Airport (65 to 88 minutes, ¥3,000). Exit from the first floor. Look for signs for Limousine Buses, and ask to be directed to the one that connects to the other airport Haneda.

Haneda Airport
If you are arriving/departing from Haneda, you are most likely at the International Terminal.

Coin lockers are available here in the 2nd and 3rd floors. Same price as above. For really big luggage that doesn't fit, or for highly valuable items, go to Japan Storage Techno, located on 2nd or 3rd floor. Maximum storage is 2 weeks.

Step 2: Subway
If you've been in any major city in the US, you've been on a subway (unless you live in Los Angeles). Japan's subway system is VERY easy to navigate, always on time, clean, fast, and fun!
Buy the Tokunai 1-day pass because it's the most economical for tourists who don't live here. You can ride on any JR line, which covers most of Tokyo anyway. It costs ¥730. But you still have to pay a few coins to ride the Metro lines. (yeah, I got confused my first time because I couldn't exit on a Metro station.)

If you have a smartphone, you can download a Tokyo subway map before leaving the US. Test to make sure it works without internet connection.﻿ 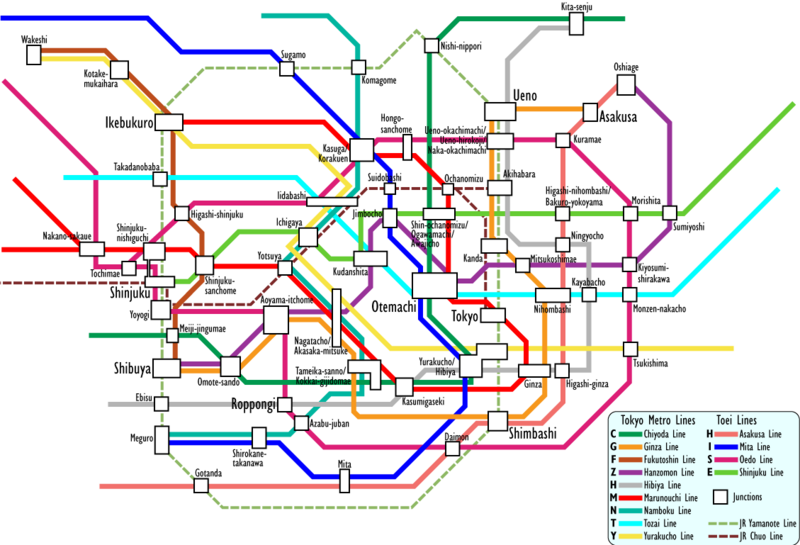 Harajuku
Step 3: Check out these places:

﻿﻿Yoyogi Park, where young people from all walks of life gather to socialize, practice their hobbies (devoid of any fear of public humiliation), join a drum circle, play sports, etc. Afterwards, take a stroll down the trendy Omote-sandō (表参道) shopping street nearby.
﻿
Harajuku, Tokyo fashion at Takeshita-Dori (Takeshita Street) or the more grown up Omotesando.

Tsukiji Fish Market - If you come here at 5 am, it's a sight to see, as the freshest fish gets auctioned off. But come here any time of day to get the best sushi off the street. You can even ask them to cut up a live sushi that will still flip on your plate.

Enjoy a soak in a local "sento" or public bath. One of the big "super sento" onsen such as LaQua at the Tokyo Dome (Bunkyo) or Oedo Onsen Monogatari in Odaiba.

Tokyo Tower - get the best aerial view of the city

Ghibli Museum, Shimorenjaku, Mitaka (15min walk from Mitaka Stn) - 10:00–18:00. For die-hard Anime fans, the Ghibli Museum is a must. For international visitors tickets need to be purchased before leaving home.

Tokyo Disney Resort - Asia's most visited theme park, or the more Japanese Sanrio Puroland (in Tama), you will see more Hello Kitty's here than you want. If your kids love Hello Kitty, this is a dream come true.

Have a picnic in a park during the cherry blossom (Sakura). Unfortunately Sakura only lasts for about a week in Spring. But be warned, parks are usually very crowded during this time.

In the spring, take a boatride in Kichijoji's lovely Inokashira Park,﻿ 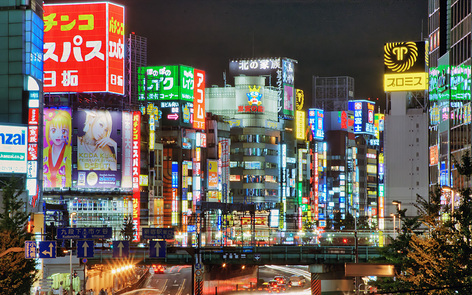 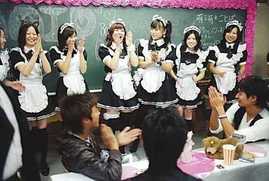 Shibuya and east Shinjuku at night can make Times Square look like nothing. Take pictures here.

Take a stroll through the Imperial Palace's East Gardens (open to the public daily at 09:00, except Fridays and Mondays).

Take a boat ride on the Sumida River from Asakusa.

Akihabara - Tokyo's Electric town where you can buy anything electronic. Even if you're not here to shop, it's a feast for the eyes and ears. This is where you can find the famous Maid Cafes.

Take the Yurikamome elevated train across the bay bridge from Shimbashi station to the bayside Odaiba district, and go on the giant ferris wheel — the largest in the world until recently.

Watch a baseball game; the Yomiuri Giants at the Tokyo Dome, or the Tokyo Yakult Swallows at Jingu Stadium.
﻿Step 4: Shopping

﻿Anything that's been created can most likely be found in Tokyo, but not always at a bargain. But Tokyo is a center of fashion and cosmetics. If you buy it here, it may actually be cheaper here.

Anime and manga -  Akihabara, Tokyo's Electric town, is the place to go to.


For cameras, go to Shinjuku.

Fashion - Shibuya and neighboring Harajuku are the best-known shopping areas for funky, youthful clothes and accessories. Note that, almost without exception, clothes are sized for the petite Japanese frame. The famous Ginza and Ikebukuro's giant Seibu and Tobu department stores (the largest in the world) are good hunting grounds.

Adult items - Japan is a world leader in various intimate adult products, from stylish Tenga devices to various dolls, as well as some other bizzarre goods. Akihabara hosts several large, multi-floor adult stores which are clearly marked as such. Prices for the Japan-made goods are generally better than in Europe and US. If buying toys or lingerie make sure you purchase the "export" version to avoid size issues.﻿

﻿Japan has all the world foods, and most are very good. Think of Tokyo as a giant department store. You can't go a block without finding a place to eat. If you like sushi, seriously, any hole in the wall joint will still have fresh sushi, better than what you'll find in most US cities.

Although you can always find an American chain, I suggest you get an authentic Japanese Izakaya - Japanese casual dining, not quite Japanese cuisine, but it's what the average Japanese eat, and it's good.

﻿Step 6: Drink something!
﻿
﻿Visiting clubs and western-style night spots can get expensive, with clubs and live houses enforcing weekend cover charges in the ¥2000-5000 bracket (usually including a drink coupon or two). For a splurge on a beverage or two, Western Shinjuku's Park Hyatt Tokyo houses the New York Bar on level 52. Providing stunning views day and night across Tokyo, it was also the setting for the movie Lost in Translation. Cocktails here start around ¥1400 - single malt whiskies are upwards of ¥2000.

Roppongi is home to a number of vibrant clubs and establishments which specialize in serving non-Japanese - but it's also overflowing with hostesses and 'patrons' who will occasionally hassle you to visit their gentlemen's clubs, where drinks cost ¥5000 and up. Nonetheless, the party scene thrives in Roppongi, in which case it might be a good idea to check out one of the many independently produced events such as the Tokyo Pub Crawl. As an alternative, some Japanese and foreign nationals instead prefer the clubs and bars in Shibuya, or trendy Ginza, Ebisu, or Shinjuku.

In Shibuya, the bar area behind 109 (not 109-2) and next to Dogenzaka ("Love Hotel Hill") has a large number of clubs. Unlike those in Roppongi and Shibuya's Gas Panic, these clubs have entrance fees, but clubs without entrance fees often hassle you all night to buy drinks which ends up just as expensive and without people who are actually there to enjoy the music. Shinjuku is home to Kabukicho, Japan's largest red-light district.﻿

﻿﻿Much of Tokyo's budget accommodation can be found in the Taito area, especially Asakusa and Ueno.
Do note that most of the cheap accommodations in the Taito area (near JR Minami-senjuu) have curfew times around 22:00 to 23:00, so be sure to check that in advance if it bothers you. One hotel that does not have a curfew is Kangaroo Hotel, rooms starting at ¥3200.
Economy Hotel Hoteiya [29], rooms starting at ¥2500.
For hostel, a bed in a dormitory at TokyoBackpackers Hotel in Minami-Senju, from ¥2100 a night,  One of the cheapest ways to stay can be also a youth hostel, prices start at ¥1200, e.g. in the Shinjuku area. 3Q-House [34] in Nippori starts at ¥2,000 for a 6-bed-dorm. Walk or take bus #8 from Nippori station 3 stops to Shimo-Negishi. The bus stops in front of the guest house, the entrance is to the right of the restaurant Yakitori 燒鸟.

Or you can get a capsule hotel experience like nowhere else in the world. There are quite a few rules of behavior which may be difficult to explain. Most capsule hotels are men-only. Asakusa Riverside and Akihabara Capsule Inn are among the very few to have women-only floors.﻿﻿

There is a wide range of choices in hotels while at Tokyo, most of the hotels are rated 3 stars or more. Tokyo is among most of the other cities when it comes to hotels because their services and hotel locations are the best of the best.

"Business hotel" rooms are usually tiny, but they are located near stations and rates start from around ¥6000. Staff may speak minimal English, but it's not too hard to figure out. These are the best options for solo travelers. Affordable chains found throughout Tokyo: Tokyu Stay, which offers free internet access and breakfast, Chisun and Sunroute.

Japan's infamous love hotels can be a reasonable (and interesting) option in Tokyo. Shibuya's Dogenzaka ("Love Hotel Hill") offers the widest selection in the city. If you're really going to spend the night, be sure to check in for a "stay" rather than a "rest". Be warned that some love hotels have a 'No Japanese, no stay' policy, to avoid confusion over billing; others lock you into your room until you pay into a slot by the door to leave. LOL

If you plan to stay more than one week, you can try Weekly-Mansion Tokyo. These are flats you can rent for short periods of time for affordable prices. Rates are around ¥5000 per day for one person or a little more for two people. Sometimes you can find deals for as low as ¥4000 per day (Various promotional deals are available for online reservations). You can also make online reservations in English.

In western Shinjuku (including the Park Hyatt Tokyo, featured in Lost in Translation), around Tokyo station
Shangri-La Hotel
Mandarin Oriental
Seiyo Ginza and Four Seasons Marunouchi, and in Akasaka.

Beware of hotels marketing themselves as being located at "Tokyo Bay". At best, this means you'll be in or near the Odaiba district, built on reclaimed land half an hour away from the city center; at worst, you'll end up somewhere on the coast of the adjacent prefecture of Chiba, which is handy for visiting Tokyo Disneyland but quite inconvenient for touring Tokyo itself.﻿
Copyright © 2018